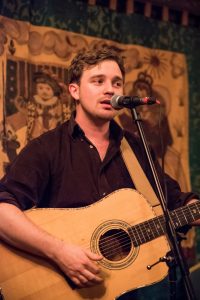 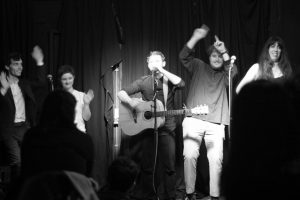 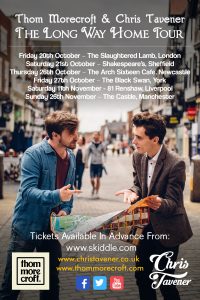 Next Gig: May 5th

Really fantastic to catch up with my friend Roxanne de Bastion today – a lot of manic laughter and a little bit of songwriting thrown into the mix as well. Looking forward to seeing her again on Friday 5th of May when I’ll be opening for her on the Liverpool leg of her tour at Leaf Tea Shop in Liverpool, along with Anaïs Vila. 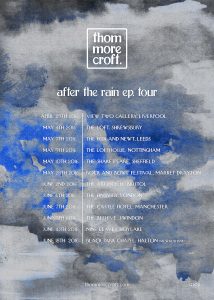 Thom Morecroft – Hand Me Down EP

Thom Morecroft – Hand Me Down EP

The new, crowd-funded Hand Me Down EP is now streaming from Soundcloud.

Played on 6music and described by ex-editor of NME, Q, Mojo and Word Paul Du Noyer as “cheering and addictive”, Thom Morecroft is a scruffy cherub of a folk-pop singer-songwriter from Shrewsbury, precariously hidden away somewhere along Liverpool’s Georgian Quarter.

for more information, promo requests or to set up an interview, please contact Thom on press@thommorecroft.com