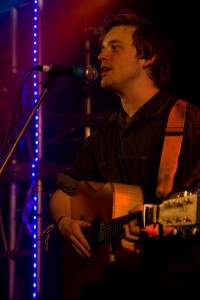 On Sunday the 30th of March, Fleetwood Mac came to Liverpool to play at Threshold Festival. Well, not physically THE Fleetwood Mac. Or even Rumours of Fleetwood Mac, the popular tribute act.

But here is a video newly published by the good people of Culture City Television of me playing ‘Big Love’ by Fleetwood Mac at District for Threshold Festival 2014.

This was the last song of my set that evening in the Baltic Triangle, where I had been hosting the District stage for many hours. The talented Jord Hewitt was behind the mixing console.

‘Big Love’ was a song which originally appeared on FM’s 1987 LP release ‘Tango In The Night‘, which I believe was the first album my Uncle Simon ever bought on compact disc. It was a hit on both sides of the Atlantic; reaching #5 in the US Billboard and #9 in the UK. I’m sure it was a hit on other charts in the UK and US, and in other countries, but for some reason, no one feels this is worth mentioning so it hasn’t seeped into my anorak-brain yet.

The incredible Lindsey Buckingham, who held the pen behind this track, had originally intended this to be a part of his third studio album but for reasons unknown to me this ended up being a Mac album. He can’t have been that keen on the idea though: he quit the year of release. Musicians do that sort of thing. They make these albums and then they run away.

Fleetwood Mac wouldn’t include the song in a live show until Buckingham’s return in 1997, where he famously brought the track out somewhat stripped down. Stripped down arrangement-wise anyway. That ridiculous hybrid picking he does is something I cannot even dream to touch.