Nine x Nine Records is pleased to announce its first release, the debut album of Liverpool based Singer/Songwriter Thom Morecroft. ‘The Feng Shui and The Sushi’ is an upbeat romp layered with eccentric, cryptic  lyrics yet peppered with need, bleakness and the occasional darker theme. This is an album focused on the concept of release; confessional, renouncing, wishing and always cathartic; an examination of past and the desperate attempt to make up for the unsaid.

The album features a hand-picked lineup of incredible musicians recorded live in a rustic studio, lending to the immediate feel of the songs; all fantastically bookending Morecroft’s husky soulful voice and distinctive finger picked guitar.

From ‘You Can Lay’’s swirling epic Anglo-Americana, to the surf-tinged indie rock of ‘Picture in the Sun’; right down to ‘I’ve Made Room’ and its melancholic, reflective shoegazing. This is a joyful, accomplished and intense debut-proper from a young artist.

To be available on Vinyl, CD and across all digital platforms.

“Leaving you reaching for the replay button.” 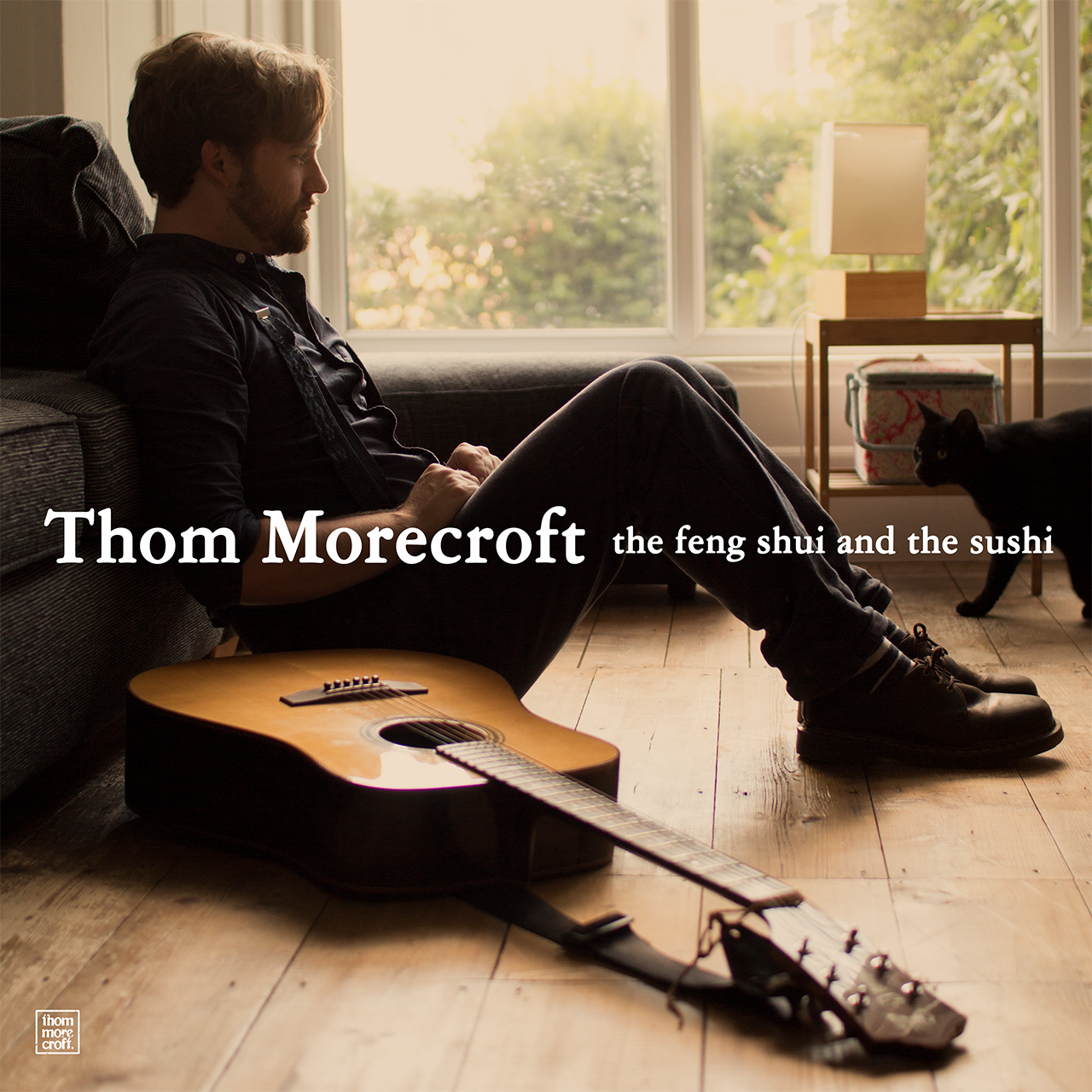